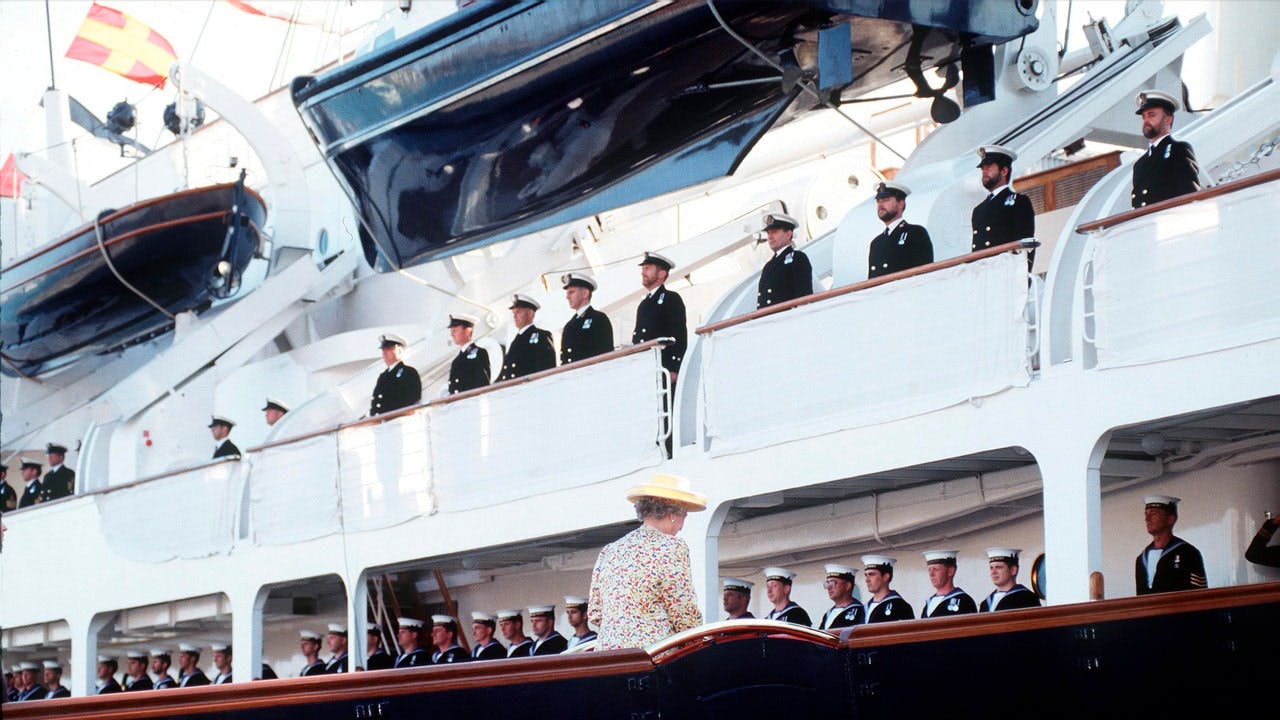 What Happened to the Royal Yacht Britannia?

The Crown season five begins and ends with the same plot point: The Royal Yacht Britannia. The vessel serves as a—fairly obvious—metaphor in the first episode, where Imelda Staunton’s Queen Elizabeth describes it as “a floating, seagoing version of me.” The problem with her metaphorical marine self? It’s in desperate need of multi-million dollar repairs.

She asks British prime minister John Major, played by Jonny Lee Miller, whether the government might be able to help foot the bill. He, in turn, asks if the royal family might front the cost, given the public pushback they both might receive if such a seemingly extravagant project was approved. In the final episode of the season (a note to the reader: spoilers will follow), Tony Blair and Queen Elizabeth agree to decommission the yacht after Prince Charles’s trip to Hong Kong.